Since I was about 8 I’ve wanted a Porsche 911. Not just any 911, no, that wouldn’t do. The 911 range is famously hard to comprehend, but thanks to the internet I figured it out in no time. It had to be the 2002 911 Carrera 4s. In grey, with Porsche Cup wheels. With black leather. I’ve wanted this car for almost 15 years, it sits on the desktop of my Mac, on my iPhone, there’s even a Matchbox version bluetacked to the top of my Amplifier at home.

The problem is, sometimes in life you’re faced with a shocking realisation.

This realisation happened to me last week. I’ve spent the last 2 weeks in a borrowed 2003 Audi TT 1.8 Turbo 225bhp. Being a petrol head obviously this has been a lot of fun.

For the first few days it was plenty fast enough, it pulls nicely, the turbo whistles as you schnick-schnick through the short range gearbox, the steering feels solid and planted and the Quattro four wheel drive grips like you wouldn’t believe. Even the fuel economy didn’t bother me! And here is the issue. The TT will do 0-60 in 6.5 seconds, can hit speeds well within license-losing territory, is four wheel drive so it works in the wet and ice but it will also return around 32mpg when you’re careful.

Coupled to that; as a second hand buy you can’t have much more fun for the same money. I had these thoughts on my mind as I cruised home, when I noticed I was approaching a familiar vehicle up ahead. Sure enough, in Navy Blue, a 2004 Porsche 911 Carrera 4s. It wasn’t shifting, but then nor was I. The Porsche pulled in behind and sat on my bumper for the best part of 40 minutes. He didn’t go past, we weren’t doing crazy speeds but this is the point.

What’s the point? A week later with the TT and I’m noticing I just want a little more poke… not much, 225bhp is a very usable amount, and that’s the great thing about the TT. With the Quattro, you can get all the horses onto the tarmac and have a lot of fun with it. Could you do that with four, or five, or six hundred horsepower? And here lies the conclusion I’ve reached. My dream car isn’t a 911. It’s a TT, with more power… my dream car is an Audi TT 3.2 V6 Manual. Two weeks in an Audi TT ruined a lifetime of anticipation. 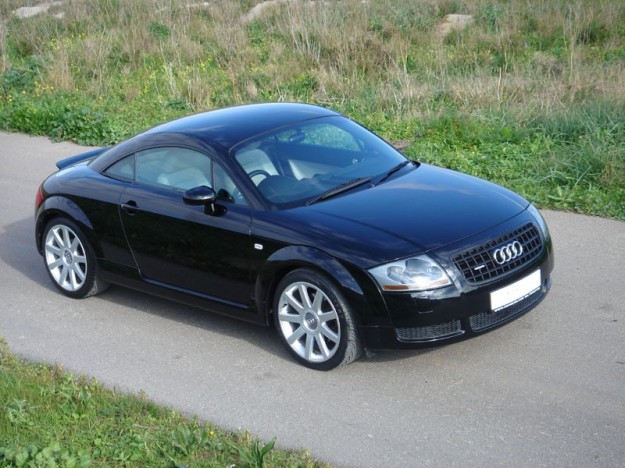 1 thought on “Your dream Porsche is actually an Audi”