Ask many enthusiasts and you will find a consensus that the RAV4 has slipped off its pedestal a bit. Toyota themselves look like they’re putting their focuses elsewhere. Despite the fact that it was an original pioneer of its class. It wasn’t exactly a dream car, sure; but with over 4.5 million units sold it has long maintained a staunch niche as the very center of C-SUV in terms of measurements, but it has been falling behind. But what about 2016’s hybrid model? Does it still hold up, and can it win back some of the fans that fell in love with the cheeky little ‘Rav in the first place?

First, let’s talk about power. It’s 2.5L hybrid petrol engine will take you from 0-60 in ten seconds. Not exactly fast and furious, but definitely acceptable for the car’s class. With a touted 34mpg in the city and 31mpg on the highway, the Americans are sure to love the frugality of the thing… Although for Europeans, the days of 35mpg being acceptable flew in the face of the fuel price rises of the last twenty years.

The Business Edition Plus ups the ante with the specification on offer, coming with luxuries such as reversing camera, multimedia system with sat nav, DAB radio, climate control, front fog lamps and intelligent rain and dusk sensors… With plenty of value for money, too. Not bad, considered a new Toyota from RRG offers a quality ride, refined equipment levels and still comes in at the sub £30k price bracket. 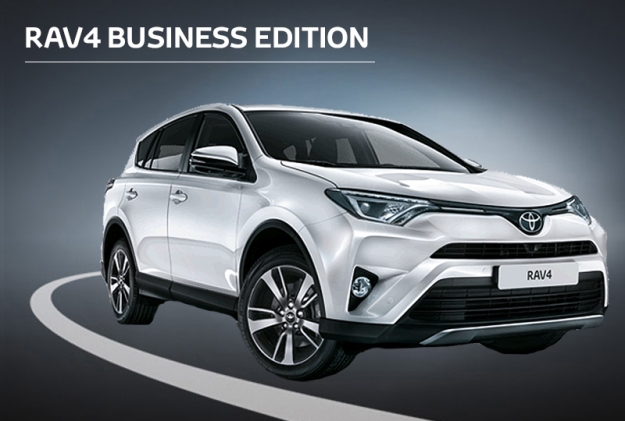 Although the ride of the Rav 4 may be more refined than the original, it isn’t that exciting. Not by any stretch of the imagination. It’s the most powerful RAV4 yet but that’s not saying all that much. Not that you entirely want to use all that power, either. Just watch the fuel economy take a dip when you start driving at anything more than a leisurely pace. The worst offences of the RAV4 are all in the interior, however. Particularly in the controls. Not the most responsive or impressive touchscreen. It seems like Toyota are still relying on the initial wow factor of that feature’s first release, which, to be honest, is long past it’s sell by date. Worst of all, still, is the placement of the sports, EV and EVO buttons. We hope you like reaching down past your right knee. Because there, tucked under the touchscreen, is where you will find them…!

That said, what it lacks in excitement and intuitive tech, it makes up for in smart utility. It’s no longer the middle of the road SUV in terms of storage. A decent 100mm has been added to the wheelbase, giving you more practically for the reasonably sized car with a roomier interior. Add a roomy, comfortable cabin and an elastic gearbox you have a car that is just plain easy to drive. 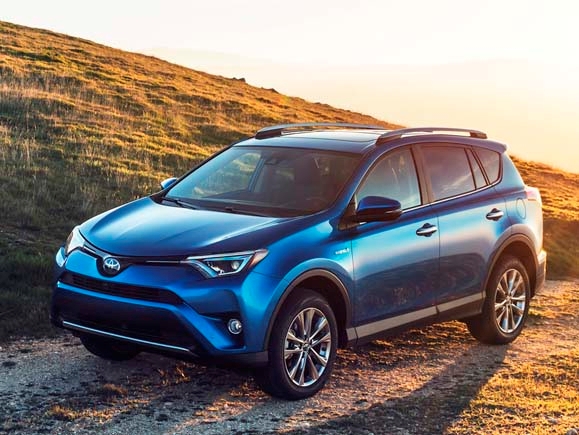 The RAV4 won’t be wowing anyone. It has some clunky interior design and there are better off-road drives available for its price range. But good quality, comfort and practical thinking (besides the tech) make it a worthy buy. On the pantheon of C-SUVs, it’s a lesser god, certainly. It still remains popular, and some people find fun in it. It’s a comfortable, safe choice that’s not worthy of regret. Deal with the initial frustration of getting used to unintuitive design and you have a nice, breezy drive.